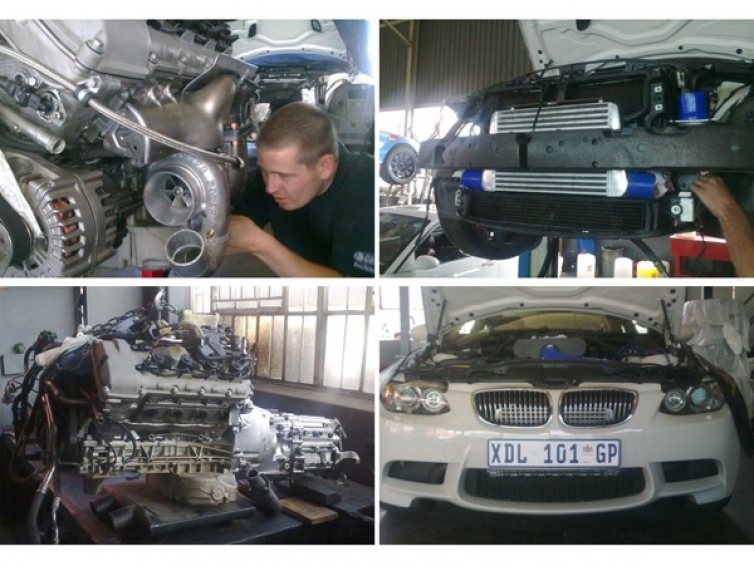 We previously reported on South African tuning shop SAVSPEED’s turbo E92 M3, the first turbo E90/E92 M3 build that we have seen. Watch its dyno run as it sounds like the car wants to take flight

SAVSPEED decided on a single turbo setup. As plumbing is difficult in the S65 engine compartment, a custom engine mount had to be designed. SAVSPEED has already run the turbo’d E92 M3 for 140km on the dyno and all is going well. Once they hit 1000 kms on the dyno, they will fit management and injectors and fuel pump.

The objective of this conversion is to achieve 850hp plus. After 2000 kilometres of testing, they will turn up the boost and shoot for 1000 plus horses.