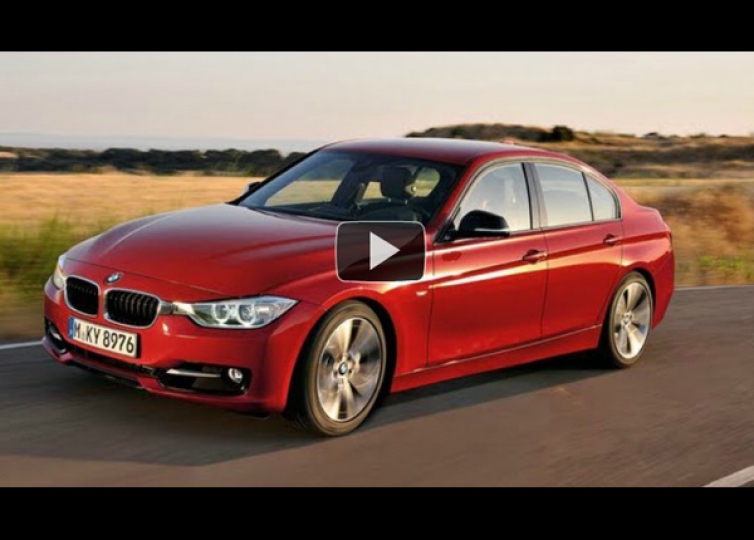 They were able to accomplish a 0-60mph of only 4.7 seconds and the quarter mile in just 13.3 seconds. They also conduct a broader general review of many of the F30 335i’s aspects. Check out the video review inside.

Compare this to Insideline’s F30 328i performance test results @ https://www.f30post.com/forums/showthread.php?t=651933.

Expectations run high for any new 3 Series — almost unfairly so. Our expectations were such that when we found out the new 2012 BMW 3 Series would be slightly bigger, and its power steering system would use a fuel-efficient electric motor, we grew skeptical. Cynical, maybe. And then a 2012 BMW 335i equipped with the optional sport eight-speed automatic ($500; the standard eight-speed automatic and six-speed manual are no-cost options) showed up at our test track. What did we learn? That there’s no reason for the roundel faithful to fret.

Launching the 335i is a simple matter of turning traction control off, holding the brake while waiting for the tach needle to swing past 2000 rpm, and letting go. The rear tires chatter through first, and shifts happen with who-needs-a-twin-clutch-transmission immediacy. Stopping is equally impressive. The Continental ContiSportContact SSR tires grab insistently at the behest of its 13.4-inch front and 13.0-inch rear brake rotors. The best stop we recorded from 60 mph took 109 feet.

A reminder: This is just a luxury sedan with an EPA fuel economy rating of 23/33 mpg city/highway.

Our test car came equipped with adjustable shocks, thanks to Adaptive M Suspension ($900), and the largely aesthetic Sport Line ($1700), which adds sport-tuned suspension and raises the speed limiter. With these additives, the 335i’s best figure eight-lap time, at 25.7 sec, and lateral acceleration, at 0.90 average g, match the Chrysler 300 SRT8’s results. But beyond a respectable lap time, the 335i provides truly enjoyable handling characteristics. It can be backed into a corner, it can plow, and it can transition between these two extremes at the driver’s preference. It’s compliant and friendly.

A reminder: This is just a luxury sedan that seats five.

The 335i seems portly — the scales show 3586 pounds and a front/rear distribution of 51/49 percent — but that weight actually matches that of the last 335i coupe we tested. Versus the four-cylinder 328i, it carries 100 extra pounds. Where do you think that weight comes from? A hundred points if you guessed the front axle. The added weight is noticeable after back-to-back drives with the 328i, but equally noticeable is the extra forward thrust the 335i so readily supplies. A slightly heavier nose or more power? Decisions, decisions.

The biggest problem we discovered came from the automatic stop/start system. On three occasions, the system deactivated itself while the car was stopped at a light with the engine off, leaving its driver stuck in neutral with a line of honking, angry drivers rapidly forming behind. This phenomenon happened once to yours truly, and that was all the impetus I needed to deactivate it every time I started the car.

Beyond that one glaring issue, I spent much time on the side of a twisty mountain road trying to find other faults, but all I came up with were nitpicky quibbles. The stitching on the hand brake boot doesn’t match the stitches on the hand brake lever. The red accent line that stretches across the dash doesn’t look that great. (You can get it in black.) The fascia doesn’t come across well in photographs, but it is rather attractive in person, blending cues from the i8 concept car with the svelte lines of the Z4.

Instead of finding faults, I found myself thinking about the smart details BMW has added. Tug the hood release under the dash twice and the hood is unlocked; no fumbling around for the latch under the hood required. With Comfort Access (part of the $1900 Premium Package), if you wiggle your foot under the left exhaust pipe, the trunk pops open, which is a wonderful thing for when your arms are full of luggage.

And they will be. Another reminder: This is just a luxury sedan with 17.0 cubic feet of cargo space.

Expectations run high for the 3 Series because it repeatedly delivers such strong performances. Be it on a test track, a two-lane road, or during a daily commute, this new 335i continues that trend. It’s capable enough to be compared to sports cars, but compliant and livable enough to be called “just” a luxury sedan.